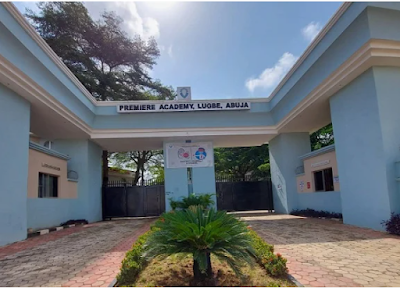 An Abuja court has struck out an application by Premiere Academy Lugbe seeking to stop a probe of the circumstances that led to the alleged r@p3 and death of Keren Akphagher, one of its students.

Keren died in June 2021 after developing sepsis from an infection caused by a c0nd0.,m allegedly left inside her by someone who had r@p3d her.

It was gathered that it had compromised Keren’s immune system, spiked her blood sugar — as an already diabetic patient –and resulted in hyperglycemia.

A report issued to the family by Queen’s Hospital Abuja stated that decomposed condom particles and dead sperm were found in the girl’s private part.

The FCT police had commenced an investigation into the case but the family sought for it to be transferred to the force criminal investigation department (FCID), alleging the former was compromised in its handling of the matter.

An autopsy was later conducted in July 2021 while the ministry of education and the National Human Rights Commission (NHRC) also waded in to probe the case.

The House of Representatives had also directed that a DNA test be conducted on the male staff at Keren’s school so as to fish out the culprit.

The lower legislative chamber thereafter set up a panel for an investigative public hearing on the case in December.

After Keren’s death, Vivien Akphagher, her mother, had lodged a complaint at the Federal Competition and Consumer Protection Commission (FCCPC).

She had accused the school of breaching their contract of duty of care and protection of her daughter.

This prompted the commission to summon the school.

Premiere Academy had asked the court to grant an order of interlocutory injunction.

This was to restrain the FCCPC from inviting the school or demanding any of the school’s information, pending the hearing and determination of the substantive suit.

But on Friday, the Abuja federal high court struck the request to halt FCCPC’s investigation into the case.

Ruling on the school’s interlocutory application, Evelyn Maha, the judge who presided over the matter, held that granting the application means delving into the legality and illegality of the commission’s action.

Maha refused the application and ordered an accelerated hearing of the substantive suit.

The judge thereafter adjourned to June 22, at which time it would have been one year since the student’s death.