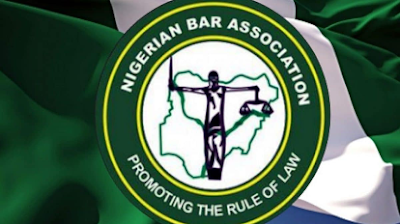 The Nigerian Bar Association, Owerri, has lashed out at the Imo State Government over the arrest and detention of Messrs. Chima Emeka Ndukwe, Akoma Jeremiah, Ikedi Amadi and Nze Moses, senior staff of the National Industrial Court, Owerri.

The lawyers’ body said it gathered that the detained senior staff were arrested and taken to an undisclosed location at about 14:30hrs yesterday, Friday the 3rd day of June, 2022, while on official duty.

The NBA stated this in a release signed by Chinedu Agu, Secretary NBA, made available to journalists in Owerri, capital of Imo State.

The release read, “We, therefore, call on the State Government to cause the immediate and unconditional release of the detained staff of the Court and their official vehicle before 12:00hrs today Saturday the 4th day of June, 2022.

“The Bar further gathers that upon an order of the National Industrial Court, Owerri, on Thursday the 2nd day of June, 2022, a commercial bank was sealed for refusal to obey the judgment of the National Industrial Court, Owerri, where-in the court ordered the Bank to pay the Judgment Creditor, Prince Eze Madumere, the sum of ₦1.9 Billion Naira, being money owed him by Imo State Government.

“Rather than challenge same judgment in the Court of Appeal, the Imo State Government, in a desperate hurry, obtained a Court Order from a High Court sitting in Owerri (a court of coordinate jurisdiction) restraining Zenith Bank Plc from obeying the Judgment of the National Industrial Court, Owerri.

“In a manner most brutish and reminiscent of the Stone Age, the said Mr. Nwaneri, armed with the Order of the High Court, led a legion of heavily armed policemen and fierce-looking thugs to unseal the Bank, and in the process brutalized and arrested the said Court Officials, who while on official duty, stopped by the Bank to inquire the reason for the heavy presence of security men and thugs in a Bank sealed by a subsisting Order of their court.

“We, therefore, register our collective disaffection with the role played by the State Government, its agents, and the Court, who assumed appellate jurisdiction over a judgment delivered by another court of coordinate jurisdiction, in a manner that ridicules the sacred tenet of court hierarchy, disparages our judicial system, mocks the principles of rule of law and scorns our noble legal profession.”