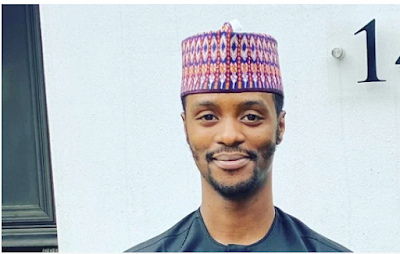 Bashir El-Rufai, son of Governor Nasir El-Rufai of Kaduna State, has made promises of what he would do, if Labour Party presidential flagbearer, Peter Obi, wins the upcoming 2023 elections.

Bashir tweeted on Friday that he would climb Aso Rock in Abuja as well as the Zuma Rock in Niger State, and write boldly on both rocks “Bashir El-Rufai is a goat”.

In an earlier tweet, Bashir claimed he was aware of those the President,  Muhammadu Buhari, had “anointed” as presidential candidates of the All Progressives Congress, but could not disclose their names as it was classified information.

Another Twitter user, @CJMOOREPLUG, responded to his (Bashir) tweet stating, “Even if you don’t say it out, it’s very obvious from the way the person smiles lately on TV. APC and PDP are jokers. Since 1998 nothing [has] changed in Nigeria. [The] 2023 election will be different. It is either Peter Obi or everyone move on, we can’t continue like this.”

In his response by quote, Bashir stated, “If Peter ever becomes President of Nigeria, I promise to climb Zuma Rock and Aso Rock to paint ‘Bashir El-Rufai is a goat’.

“It’ll be on the famous face etched on the rock so everyone can see, and in a font and colour that grasps attention, and at night it’ll glow in the dark. Save this tweet.”