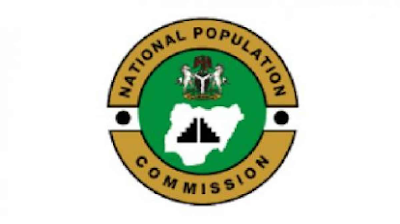 The National Population Commission (NPC) has assured of conducting an all-inclusive census, insisting that everyone within the boundaries of Nigeria must be enumerated during the 2023 Population and Housing Census.

Nasir Isa Kwarra, Chairman of NPC, stated this while declaring open a workshop on a special population survey in Mararaba, Nasarawa State.

Kwarra noted that the population of the homeless households; homeless persons; nomadic households; transient persons; migrant fishermen; migrant farmers; mobile hunters and refugees/Internally Displaced Persons (IDPs) must be counted by the staff of the commission during the census.

He said: “One of the key features of a census, as outlined in the UN Recommendation for the conduct of Population and Housing Censuses, is universality; that is, the population and housing census should provide data on the total number of persons, households, and housing within a precisely defined territory of a country.

“Practically, it means that everyone within the boundaries of the Federal Republic of Nigeria must be enumerated in the 2023 Population and Housing Census(PHC).

“However, experience has shown that the enumeration of special populations usually constitutes a significant challenge in censuses.

“This is due to the unique nature of their settlement, occupation or other characteristics that make them special compared to regular or institutional populations.

“This is why it is critical that, as the Commission prepares for the 2023 Population and Housing Census, all members of these groups must be identified on time wherever they are, and their locations mapped and geo-referenced into the national frame to ensure that adequate planning is made for their enumeration during the census.”

Apart from identifying and mapping the location of these special populations, he said, it has become imperative to provide important socio-cultural and qualitative information that will facilitate planning for publicity, logistics, and appropriate procedure for the enumeration of these groups.

In his goodwill message, Mr. Semiu Adeniran, Statistician-General/Chief Executive Officer of the National Bureau of Statistics (NBS), described the identification and mapping of a special population as very critical to the success of PHC for national planning.

Adeniran, who lauded the NPC for embarking on such an exercise, said the mapping of the special population was in line with the mandate of the household survey conducted by NBS.

He, however, called for a stronger collaboration between NPC and NBS, adding that the two government agencies should work together for national development.

Mueller, represented by Dr Collins Opiyo, Census Technical Adviser to Nigeria, commended the leadership of the NPC for their preparations toward 2023 PHC so far and ensured that no one would be left behind in the conduct of the forthcoming census.

He pointed out that the 2023 PHC has provided the opportunity for NPC to re-write the history of the census in Nigeria as the forthcoming census is the first digital census.