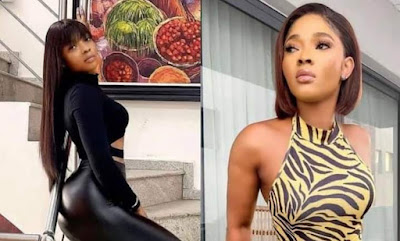 On Thursday, Cynosure Aesthetic Plastic Surgery, a popular Lagos cosmetic clinic, tightened its security and shut its gates to visitors after being called out by a lady over the alleged death of their client.

Christabel, a Port-Harcourt-based socialite, allegedly died at the hospital after an unsuccessful bum and breast surgery.

The news, which stirred several reactions on social media, was posted by a Twitter user identified as @poshcupcake_1, who claimed to be Christabel’s closest friend.

Her friend claimed on Twitter that before Christabel’s death, she complained to the clinic that did her surgery that she was bleeding.

The friend claimed the clinic told Christabel it was an average post-surgery experience and the bleeding will stop. Sadly, it proved fatal.

She said when friends didn’t hear from Christabel for days; they searched at the hospital where she went for the surgery, and the hospital allegedly gave them a letter showing that her body had been deposited at the morgue.

The friend said the hospital did not contact any of Christabel’s relatives to let them know of her death until they went to the hospital.

Accusing the hospital of alleged medical negligence, she emphasised that “neglecting her no care whatsoever! Are you sick! The most annoying part here is that this gal died days ago without anybody knowing, and the Hospital did not find it needful to contact any of her relatives.

The first fame on their page is actually her! They have blocked all the comment, because her friends where commenting and seeking for justice, for days now the hospital have not released any letters on their page about her, because they don’t want the public to know about it.

“I want to bring this to the public. A friend just died at this hospital in Lagos, Nigeria, a few days ago. Where she underwent surgery. Now I’m not against anybody that wants to enhance their body or anything as such, is your body life and choice, So do want your love -”

“The first fame on their page is her! They blocked all the comments because her friends commented and sought justice. The hospital has not released any letters on their page about her for days because they don’t want the public to know about it.”

I want to bring this to the public, A friend friend just died at this hospital in Lagos Nigeria, few days ago. where she underwent surgery. Now I’m not against anybody that want to enhance their body or anything as such, is your body life and choice, So do want you love – pic.twitter.com/DIdv4CJz4u

After monitoring the hospital’s Instagram for hours, the domestic clinic released an official press statement on its page on Thursday, at about 5:30 pm.

The statement explains the hospital’s position about the death of the patient, who had been in the hospital since May 24.

It reads in part, ” it has been a horrible period for the management of Cynosure Aesthetic Plastic Surgery Clinics as we mourn the death of our dear client.”

“The client had surgery with it seven days ago.”

The management wrote that the client was investigated correctly pre-surgery.

“Her blood level was adequate, and her renal and liver function were normal.”

The clinic said she was due for discharge on the fourth day after the surgery.

It further stated, “On the fourth day during the ward rounds, it was observed that she was systematically anaemic despite earlier attempts to prevent that, which included an initial blood transfusion on post-OP Day 2, which went successful without any incident.”

According to the clinic’s report, she had a blood transfusion on Monday.

The clinic stated that the patient developed complications after the transfusion.

The clinic said, “She suffered an infrequent acute blood transfusion reaction evidenced by the dark coloured urine produced and findings on chest examination.”

According to the clinic’s report, she was promptly attended to with life-saving intervention and was observed to be clinically improving.

“As the day progressed, she took a turn as her lung function was no longer clinically improving.”

The clinic noted that the complication started on Tuesday and lasted till Wednesday when the patient died.

The clinic said they contacted the patient’s next of kin but could not reach her because of a wrongly copied phone contact.

However, the clinic broke the news to the patient’s family on Wednesday.

This paper contacted the Head of Public Relations at the Federal Competition and Consumer Protection Commission (FCCPC), Ondaje Ijagwu, who said the commission is investigating the matter.

“We just got the news today, and the commission is already investing in this matter, and we would let the public know about our findings,” He said.

A similar incident occurred in November 2020, when Dr Anu Adepoju was suspended from the medical profession in Nigeria following multiple claims of malpractice and botched surgeries at her plastic surgery clinic, Med Contour.

Several women who went to Med Contour for cosmetic surgery complained about having complications that they still suffer. A particular patient was rushed to LUTH and eventually died after being operated upon by Dr Anu.