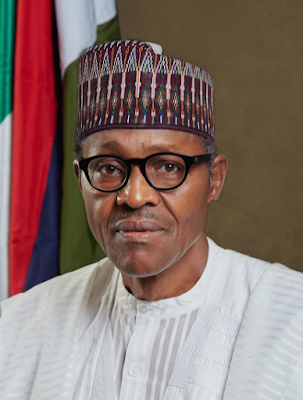 A group under the auspices of the Northern Progressive Agenda (NPA) has called on President Muhammadu Buhari and the political elites in the All Progressives Congress (APC) to zone the presidency to the South.

The spokesperson of the group, Mr. Dominic Alancha stated this while addressing a press conference on Friday in Abuja.

He said the north as a whole must not display that sense of ingratitude which was not one of the traits of an average northerner ahead of the party’s primary scheduled to hold between June 6th and 8th at Eagle Square, Abuja.

The group noted that while it recognised the call for the northern region to produce the presidential candidate of the APC, it was important to put into consideration, the spirit of nationhood and the need for fairness, justice, and equity especially considering that the incumbent president who would have spent eight years on the saddle is of the northern extraction.

It added that the North must not allow its greed for power to cause unwarranted and irredeemable reputational damage in the eyes of other Nigerians.

The group said some persons have clamoured for the APC presidential candidate to emerge from the northern region, while some others have maintained that it was the turn of the southern region to produce the president.

It stressed that these agitations exist despite the fact that the sitting president is of the northern extraction and also that the main opposition Peoples Democratic Party (PDP) has produced its presidential flag bearer from the north.

The group pointed out that if being at the helm of affairs for two consecutive terms was not enough reason to consider supporting the southern region for a similar opportunity, then a look at how the north has fared with the years of political power in its hand would be another way to look at it.

It said while one would expect that this tilt of power should have resulted in the drastic if not complete turnaround of the fortunes of the northern region, the reverse was sadly the case.

It noted when former President Olusegun Obasanjo wanted to put an end to the political career of his vice, who incidentally is the presidential candidate of the PDP today, it was the south that gave him a lifeline by offering him the ticket of the then Action Congress to contest for the number one seat in the country.

The group emphasised that it was the south that offered the north in the person of Mallam Nuhu Ribadu, a presidential ticket, after the failure of the first merger plan between the Congress for Progressives Change and the Action Congress of Nigeria.

It stated: “It was the same south, following the merger that produced the All Progressives Congress that supported President Muhammadu Buhari, a northerner to clinch the ticket, win the presidential election and is now running out his second term.

“The Northern Progressive Agenda (NPA) therefore calls on President Muhammadu Buhari to reciprocate the gestures of the south of which he is a great beneficiary by refusing to listen to the call for the north to retain power.

“We also call on the leadership of the All Progressives Congress, political elites from the north, especially the governors and delegates alike, to show good faith by ensuring that power shifts to the southern region. We must not allow our greed for power to cause us unwarranted and irredeemable reputational damage in the eyes of other Nigerians.”