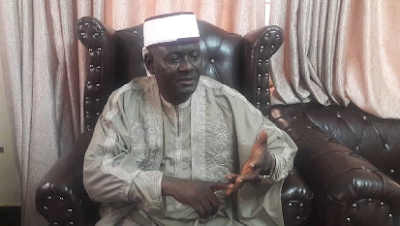 A northern group has faulted calls for the southern presidency, saying the main opposition Peoples Democratic Party (PDP) has done nothing peculiarly wrong in electing a northern candidate.

The group, Northern Youth Leaders Forum, said at a press briefing in Yola on Friday that southerners in both PDP and All Progressives Congress (APC) canvassing rotational presidency this particular election season should have been specific about the South East if they are sincere.

National President of the group, Comrade Elliot Afiyo, singling out the South West apparently because of the weight of presidential aspirants from that region, said they should not have been pushing their personnel ambition if they are canvassing rotational presidency purely for sake of equity.

“If at all the South West believes in power rotation or justice to the South, no one from the South West will make any move or efforts to aspire for the 2023 presidency,” Afiyo said, in reference to the popular perception that the South East which has not produced the president in a long time, should have its way if power should go south.

Afiyo who addressed the news briefing at the NUJ Press Centre in Yola essentially to affirm the support of his group for PDP presidential candidate, Atiku Abubakar, dismissed speculation of dealing with Labour Party candidate, Peter Obi.

He said his group believes that only a northerner could navigate Nigeria out of its current security challenges because the challenges are more intractable around the North.

“Putting into consideration the present political permutations, it would be concluded and sensibly too that the South East are closer to the Presidency if Atiku is elected in 2023 than allowing the South-South or South-West to get the presidency in 2023,” he said.