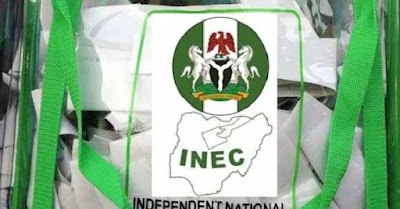 The Independent National Electoral Commission has announced the release of its Regulations and Guidelines for the Conduct of Elections, 2022.

INEC announced this on its official Twitter page, @inecnigeria, on Friday.

The commission tweeted, “The INEC Chairman, Prof. Mahmood Yakubu, has unveiled the revised INEC Regulations and Guidelines for the Conduct of Elections.”

The 37-page document, downloadable from the commission’s website, contains 106 guidelines and regulations for elections as well as health measures during conduct of elections.

In article 30 of the guideline, the commission stated that telephones and electronic devices capable of taking pictures are not allowed in polling booths.

Article 30, ‘Prohibition of the Use of Telephones and Other Electronic/Photographic Devices in the Voting Cubicle,’ states that, “Telephones and other electronic devices capable of taking pictures are not allowed in voting cubicles.

“Voters may come to the Polling Unit with telephones and other electronic devices provided that they do not take them to the voting cubicles or take pictures of other voters while they are voting.”

INEC also, among other things, approved the electronic transmission of election results in the new guideline.

In article 38, ‘Electronic Transmission of Results and Upload of Results to IReV,’ the commission stated that, “On completion of all the Polling Unit voting and results procedures, the Presiding Officer shall:

“(i) Electronically transmit or transfer the result of the Polling Unit, direct to the collation system as prescribed by the Commission.

“(ii) Use the BVAS to upload a scanned copy of the EC8A to the INEC Result Viewing Portal (IReV), as prescribed by the Commission.

“(iii) Take the BVAS ( Bimodal Voter Accreditation System) and the original copy of each of the forms in tamper evident envelope to the Registration Area/Ward Collation Officer, in the company of Security Agents. The Polling Agents may accompany the Presiding Officer to the RA/Ward Collation Centre.”