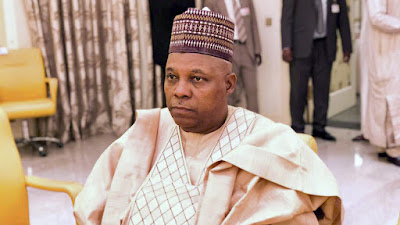 Kashim Shettima, former governor of Borno, says it will be “catastrophic” for the All Progressives Congress (APC) if Bola Tinubu, former Lagos governor, isn’t elected as the party’s presidential candidate.

He said this on Friday, while featuring on a programme on TVC.

“We are in a democratic situation but I’m afraid it might be catastrophic for the party. I’m not a prophet of doom; I’m an internal optimist. We have done our own bidding and by God’s grace, our candidate will emerge as the presidential flagbearer of the APC  in the next 72 hours,” he said.

“It is not a subject of dispute but a question of time. He has paid the price, and yesterday in Abeokuta, he made some remarks that were deliberately distorted and quoted out of context.

“Whether they are willing to admit it or not, he played a pivotal role not only in the emergence of President Muhammadu Buhari as the candidate of the APC, but in the ultimate election in 2015.”