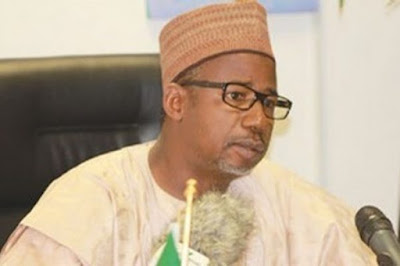 Bala Mohammed, governor of Bauchi, has approved the reappointment of Ibrahim Kashim as the secretary to the state government (SSG).

Kashim had recently resigned as the SSG to contest the Bauchi governorship ticket on the platform of the Peoples Democratic Party (PDP) in line with section 84(12) of the electoral act.

In May, he clinched the PDP governorship ticket unchallenged after he scored 655 votes.

He, however, withdrew from the race days later.

The former SSG stood in for the incumbent governor, who was contesting the PDP presidential ticket.

The Bauchi governor is reportedly making moves to reclaim the party’s governorship ticket after losing the presidential ticket.

Mukhtar Gidado, media aide to the Bauchi governor, in a statement on Thursday, said the reappointment of Kashim as SSG is sequel to his “track record of sincerity, loyalty and wealth of experience”.

“His Excellency, Sen. Bala A. Mohammed CON, Fnipr (Kauran Bauchi), the Executive Governor of Bauchi State, has approved the reappointment of Barr. Ibrahim Muhammad Kashim as the Secretary to the Bauchi State Government,” the statement reads.

“His re-appointment is informed by his track record of sincerity, loyalty, commitment and wealth of experience in the discharge of assigned responsibilities.

“Barr. Ibrahim Muhammad Kashim was the immediate past Secretary to the Bauchi State Government. The appointment takes immediate effect.”