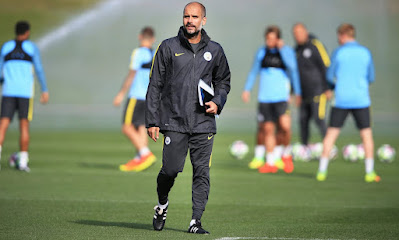 Manchester City manager, Pep Guardiola has warned Aston Villa that his team will give their lives to become England champions this weekend.

Guardiola gave the warning after Man City played a 2-2 draw against West Ham United on Sunday.

Guardiola’s men are currently four points clear of Liverpool, who can narrow the gap to one point when they face Southampton on Tuesday.

Man City will host Aston Villa and Liverpool will host Wolves on the final day of the campaign this weekend.

“Our stadium will be sold out, we will give them our lives and they will give theirs, all together,” Guardiola said at his post-match press conference after Man City’s draw with West Ham.

“To do it is an incredible privilege, after many years.

“To have our chance with our people, to win one game to be champions. I’m looking forward to it.”