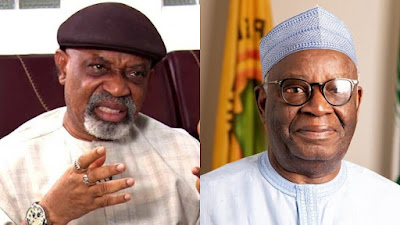 Chief of Staff to the President, Prof. Ibrahim Gambari and the Minister for Labour and Employment, Chris Ngige, will be meeting with the striking Academic Staff Union of Universities (ASUU) today (Thursday).

A member of ASUU, University of Abuja chapter, confirmed the development.

The meeting, which was scheduled to be held at the Banquet Hall of the Presidential Villa, Abuja, is aimed at finding a solution to the lingering strike by the university lecturers.

It was also gathered that the Non-Academic Staff Union of Educational and Associated Institutions (NASU) and other registered trade unions in Nigerian universities would be participating in the meeting.

Recall that ASUU, on Monday, extended its ongoing roll-over strike which commenced on February 14, by another three months.

Its demands include the funding of the revitalisation of public universities, the Earned Academic Allowances, the University Transparency Accountability Solution (UTAS) and promotion arrears.

Others include the renegotiation and implementation of 2009 ASUU-FG Agreement and the inconsistency in Integrated Personnel Payroll Information System.