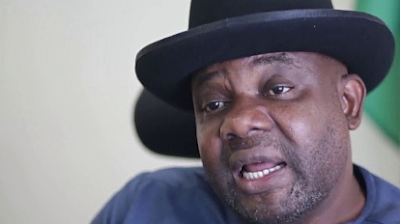 A former Deputy National Publicity Secretary of the All Progressives Congress, APC, Yekini Nabena, has disclosed how the party would use the money realized from the sales of its expression of interest and Presidential nomination forms.

Speaking with newsmen, the APC chieftain said, unlike the Peoples Democratic Party, PDP, the APC would not use the government’s money in running its affairs.

According to Nabena: “You should understand that corruption is not measured by that, even those that have some money like N5, 000 and N10, 000 are even more corrupt, you understand; you can’t measure N100 million as if it’s corruption.

“Even the smaller people like the civil servants with a salary of N40, 000 are even more corrupt than the wealthy people; you can’t use that as a measurement for corruption.

“Running a political party is not rice and beans; we can’t go to the government to demand money, so we use the money from the forms to run the party.

“The adverts we do in the media daily, do you know how much it costs us? So where do you think we get the money from? How do we sustain the party? So, we can’t measure corruption based on what people are saying.

“Don’t look at it from that point; if you are looking for corrupt people, you should go to the civil service, where you will see the corrupt elements. What about people who can’t pay such an amount and are given appointments and they are corrupt? If you are born a witch, you are a witch; if you are wicked, it will be in you. So, we should not use this N100 million to describe anybody as corrupt.