If you have installed the May 2022 cumulative update for Windows 11, you may have experienced issues with applications. Certain apps may crash, fail to open, or have other issues on affected devices. 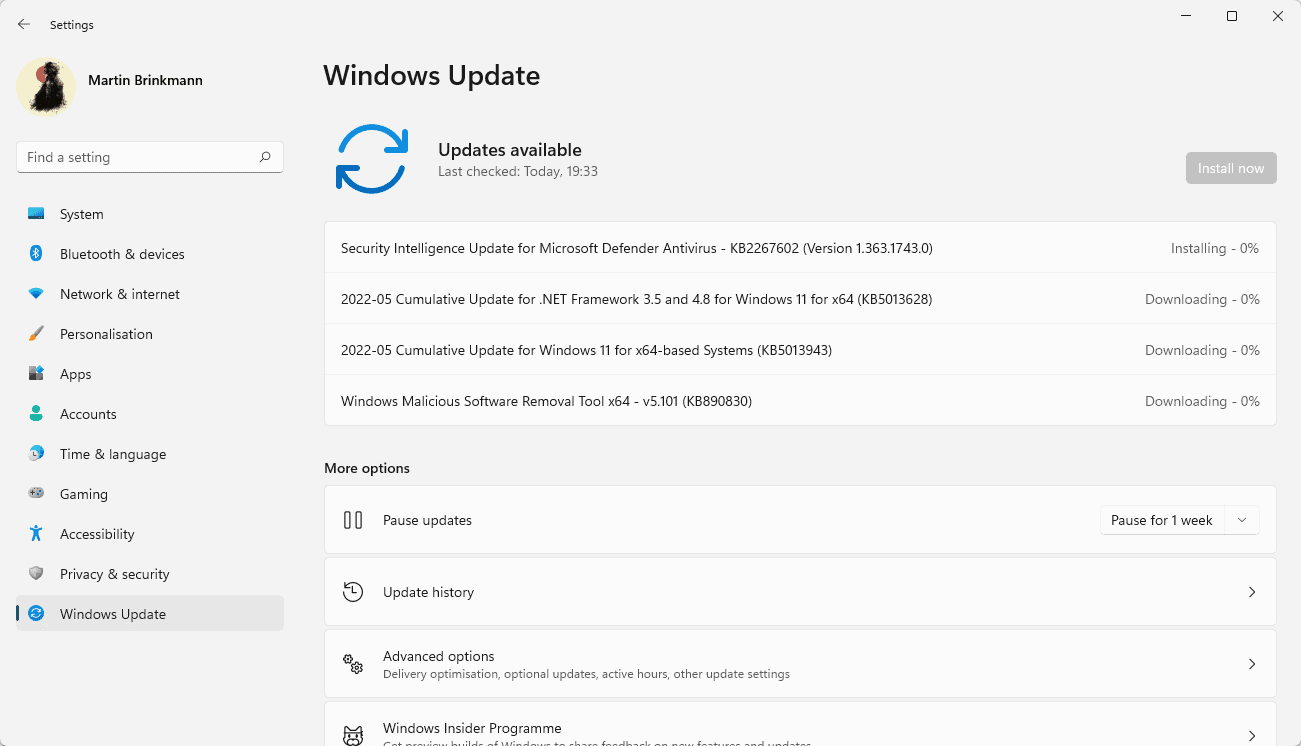 Microsoft released cumulative updates for all supported versions of its Windows operating system on the May 2022 Patch Day.

The official release notes of KB5013943 for Windows 11 highlight two issues that affect certain apps on some devices. Microsoft updated the list of known Windows 11 issues as well to reflect the issues.

The first issue was already present in the preview update KB5012643, which Microsoft released in late April for Windows 11. Some .NET Framework 3.5 applications may fail to start, crash, or show other issues after installation of the preview update. The very same issue affects the stable update KB5013943  for Windows 11, which Microsoft released on May 10, 2022 to the public.

After installing this update, some .NET Framework 3.5 apps might have issues or might fail to open. Affected apps are using certain optional components in .NET Framework 3.5, such as Windows Communication Foundation (WCF) and Windows Workflow (WWF) components.

According to Microsoft, the issue may be mitigated by running several commands from an elevated command prompt window:

This reactivates the .NET Framework 3.5 and the Windows Communication Foundation on affected systems, and should resolve the issue. Administrators may re-enable them in the Control Panel as well, but most may prefer the commands as they can be executed quickly.

If the proposed mitigation does not fix the issue, administrators may roll back the update by uninstalling it on affected devices. You can check out our guide on uninstalling Windows updates here, if you need assistance with that.

The second known issue that has been confirmed by Microsoft affects Windows devices with “certain GPUs”. Microsoft is not specific in the description of the issue.

Apps may “close unexpectedly” and “intermittent issues that affect some apps that use Direct3D 9” may also be experienced on affected devices. Microsoft notes that that the Windows Event Log may record the error in Windows Logs/Applications. The faulting module is d3d9on12.dll and the exception code is 0xc0000094.

Microsoft executed a Known Issue Rollback on affected devices, which may take up to 24 hours to complete. Enterprise-managed devices may require special Group Policy configurations to get the issue to resolve according to Microsoft.

Now You: did you run into issues after installing the May 2022 updates?

Thank you for being a Ghacks reader. The post May 2022 Windows 11 update KB5013943 may break apps appeared first on gHacks Technology News.