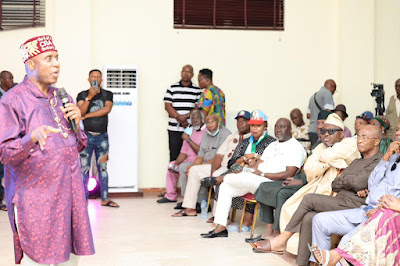 Ahead of the 2023 presidential primaries, the Minister of Transportation, Chibuike Rotimi Amaechi, has warned that the All Progressives Congress, APC, will lose the general elections if they fail to put the right candidate forward.

The former Rivers Governor, who is one of the APC’s numerous presidential aspirants, said that the electability of a candidate should be essential for the delegate, warning that “if not, the APC will lose the election.”

Addressing delegates in Edo State over the weekend, Amaechi urged them not to be carried away by the bevvy of aspirants from the ruling party, warning “don’t waste your votes.”

He said, “Politicians will come to ask for your votes, but please, as South-South people, as politicians, as good people of Nigeria, don’t waste your votes. The problem with politicians is you.

“The elites have shown you that they are here to ‘chop money’ and you allow them. They will bring money here and say you should vote for them, and nobody will care to ask ‘what was he before now, what is his performance?’

“The economy they want to come and manage, how have they performed?

“The electability of a candidate is essential for you, if not, the APC will lose the election.”

The All Progressives Congress Nomination and Expression of Interest forms have been sold out despite the N100 million price tag.