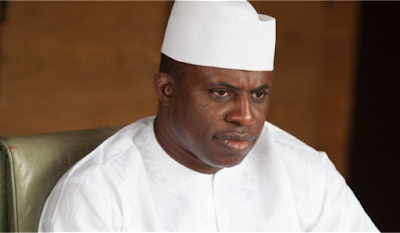 Dimeji Bankole, a former speaker of the house of representatives, has obtained the All Progressives Congress (APC) presidential expression of interest and nomination forms.

The former speaker obtained the forms worth N100 million through Aliyu Shinkafi, a former governor of Zamfara.

The former governor led a delegation to the International Conference Centre (ICC) in Abuja where the forms were obtained.

In 2019, Bankole contested as the governorship candidate of the Action Democratic Party (ADP).

The former speaker has joined the long list of hopefuls seeking to clinch the party’s presidential ticket ahead of the 2023 polls.

Vice-President Yemi Osinbajo, Bola Tinubu, former Lagos governor; Rotimi Amaechi, transportation minister; Tunde Bakare, the serving overseer of the Citadel Global Community Church; and Ken Nnamani, a former president of the senate, are among those who have picked the ruling party’s nomination forms.

Also, three support groups backing Godwin Emefiele, governor of the Central Bank of Nigeria (CBN), have purchased the forms for him.

The party’s presidential primary is scheduled to hold between May 30 and June 1.