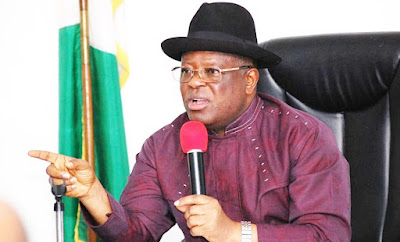 David Umahi, governor of Ebonyi, says it is in the interest of justice, equity and fairness for the south-east to produce the next president.

The governor spoke on Friday in Abakaliki, the Ebonyi capital, during a meeting between President Muhammadu Buhari and leaders of the zone.

“The south producing the presidency is a moral question which should be answered by its components,” Umahi said.

“I thank a leader of the middle belt forum and chief Ayo Adebanjo from the south-west, as well as chief Edwin Clark from the south-south over their views on a south-east president.

“The south-east should produce the president if other zones of the south are truly seeking equity, fairness and justice.

“When it comes to our turn whatever wrong we have committed, the same political consideration should be applied to ensure equity and fairness.

“It will be difficult for the south-east to continue to be short-changed and continue voting for those who cannot vote for us.”