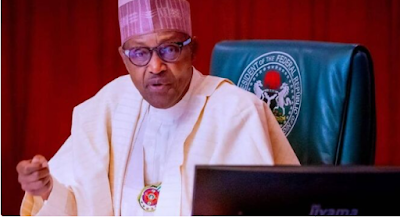 The Academic Staff Union of Universities (ASUU) has advised the President Muhammadu Buhari led administration to sign the 2009 agreement the government reached with the union.

The union, on Thursday, said this is necessary to end the ongoing strike embarked upon by the union.

University lecturers on the platform of ASUU have been on strike for the last three months.

The union has earlier declared two months warning strike before it commenced the indefinite strike.

It was learnt that both the union and the government representatives had been meeting in order to resolve the matter, but the issues remained unsolved

The union has, however, urged the Buhari-led administration to sign the 2009 agreement so as to save the future of the country.

The union in its argument said that the attitude of the president and his appointees to the strike since it started over two months showed that they do not have any intentions to solve the problem.

The union alleged that the political elites were not ready for the children of the masses to have quality education through committed funding and signing a new decent welfare package for ASUU members.

Chairman, University of Ibadan chapter of ASUU, Professor Ayo Akinwole who spoke on Thursday in Ibadan, the Oyo State capital insisted that funding education remains the best way to shape the minds of youths to constructive development.

Akinwole in a statement made available said the ruling government ought to see that more children are getting out of school.

“ASUU started the ongoing strike on February 14, 2022, to force the government to implement outstanding 2009 agreements on revitalization funding, earned academic allowances, the proliferation of universities and sign a re-negotiated agreement with the Union.

“To fight to have a country and a future for the children of the poor from the traders of collective patrimony in government.

“If you fund education, the minds of the educated youths will be built to resist being used for criminality but since the government has been responsive, the funding war may become another opportunity where some people are making millions.

“They don’t care about the increasing number of out of school children and they are not concerned about what facilities Nigerian children are exposed to.

“For ASUU, a smarter way of controlling growing insecurity and redirecting the minds of Nigerian youths to constructive and developmental activities is to build their human capacity and minds through purposeful funding of education by federal, State and local governments in Nigeria”.