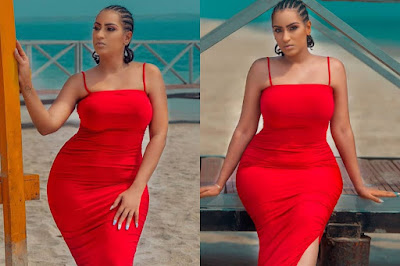 Ghanaian Nollywood actress, Juliet Ibrahim, has revealed that her boyfriend locked her up and r@ped her for days.

Juliet in a recent interview with Chude Jideonwo said her sister rescued her from her boyfriend’s house.

She narrated that while he was raping her, the boyfriend was smiling and when she told him it was r@pe he said they were in a relationship.

“When I told him it was r@pe, he said but we are in a relationship. I didn’t say yes I was in the mood.

“He pinned me down and was doing whatever he wanted. He was smiling, I told him he is a r@p!st.

“I fought my way out of that relationship because he even locked me in his house for days. It was my sister, Sonia that came to find me.

“I was scared, I panicked because he was huge and taller than me. He r@ped me for days.”

The actress added that before she dates anyone she must ask questions to know the man’s mindset.