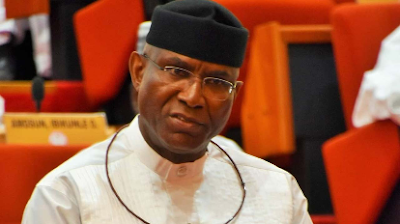 As part of activities marking the 2022 workers day celebration, the Deputy President of the Senate, Senator Ovie Omo-Agege, on Sunday, lamented the refusal of Delta State Governor, Arthur Ifeanyi Okowa led administration to pay senior citizens their pensions and gratuities after serving the State meritoriously.

This was contained in a statement signed by the Special Adviser, Media and Publicity, to the Deputy President of the Senate, Yomi Odunuga.

The Delta Central lawmaker, who is seeking to govern Delta State on the platform of the All Progressives Congress (APC) said, “The continued neglect and refusal of the State government to pay their pensions and gratuities speaks to the disdain, aversion, contempt, derision and hatred by the Okowa-led government for workers.

“Unfortunately, many retirees have passed on without collecting their entitlements while others have resorted to riding commercial motorcycles popularly called Keke to make ends meet.

“Current workers are also not that hopeful that they would be receiving their entitlements as and when due upon retirement. This does not speak well of an oil-rich state like Delta.

“It is a sorry state that those who have diligently served the state for the most productive part of their lives are treated like second-class citizens by the state government.

“Frankly speaking, Delta State workers deserve better and we shall deliver on all promises to them”.

Sen. Omo-Agege felicitated with the Nigerian workers on the occasion of the 2022 Workers’ Day celebration.

In his message to Nigerian workers, Senator Omo-Agege applauded them for their hard work, diligence and sacrifice.

He noted that their efforts are largely responsible for the greatness of the country and the respect Nigeria now commands in the comity of nations.