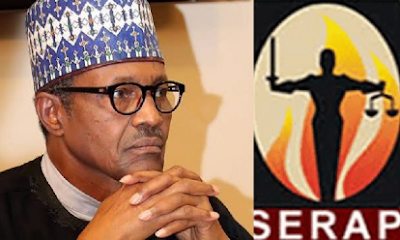 The Socio-Economic Rights and Accountability Project (SERAP) has filed a lawsuit against the Federal Government of Nigeria under President Muhammadu Buhari’s administration over “the failure to protect the rights to life, security, and dignity of the victims of the Abuja-Kaduna train attack and the failure to secure the safe release of those held captive by the terrorists.”

On March 28, terrorists attacked the AK9 Abuja–Kaduna train, killing at least nine persons, injuring many others, and kidnapping an unknown number of passengers.

The victims are still with the terrorists for over four weeks, despite repeated appeals for the federal government to free them from captivity.

In the suit No ECW/CCJ/APP/20/22 and filed last week before the ECOWAS Court of Justice in Abuja last week, SERAP is seeking “a declaration that the train attack, abductions and killings of passengers by terrorists amount to a failure by the government to protect Nigerians, and to prevent these grave human rights violations.”

The suit was filed by SERAP’s lawyers, Opeyemi Owolabi and Kolawole Oluwadare.

SERAP is arguing that the Buhari administration has a legal duty to protect individuals from immediate and real risks to their lives and security caused by actions of third parties, such as terrorists.