Taylor Swift once said, “I like shiny things. but I’d marry you with paper rings.” Well, more accurately, she sang it, on the three-year-old Lover deep cut “Paper Rings.” But still. The 32-year-old pop star’s 2019 album is, as a matter of fact, filled with gushing love songs imbued with marriage-related motifs presumably dedicated to Joe Alwyn, with whom she’s been in a relationship since 2017 at the latest. Naturally, fans have been wondering for years if the pair has plans to tie the knot — or if they already have in secret — but Alwyn certainly doesn’t care whether they get an answer. 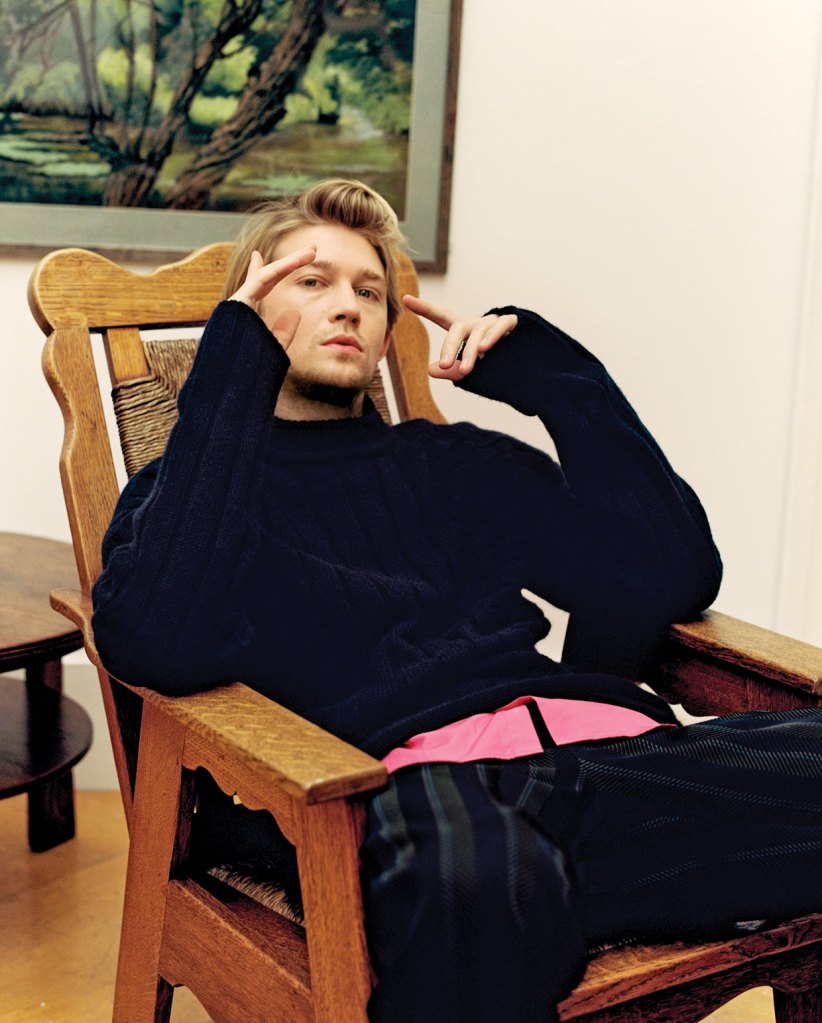 Ahead of the release of his highly anticipated Hulu series Conversations With Friends, an adaptation of the massively popular novel of the same name by Sally Rooney, the 31-year-old actor has been giving interviews to publications to promote the show and open up — about not wanting to open up when it comes to his relationship. He and Swift have built quite the reputation (no pun intended) for keeping their romance highly private, in spite of the fact that Alwyn has even written and produced songs on Swift’s Grammy-winning album Folkore and its sister record Evermore. (Though, in one of his recent interviews, he revealed he doesn’t plan on contributing to more music.)

“We live in a culture that people expect so much to be given,” he told WSJ. “So that if you’re not posting all the time about what you’re doing, how you’re spending a day or how you made a breakfast, does that make you a recluse? I’d also like to feel slightly less guarded sometimes in interviews or in whatever kind of interactions, but it’s just a knee-jerk response to the culture we live in.”